European lawmakers propose a ‘right to repair’ for mobiles and laptops 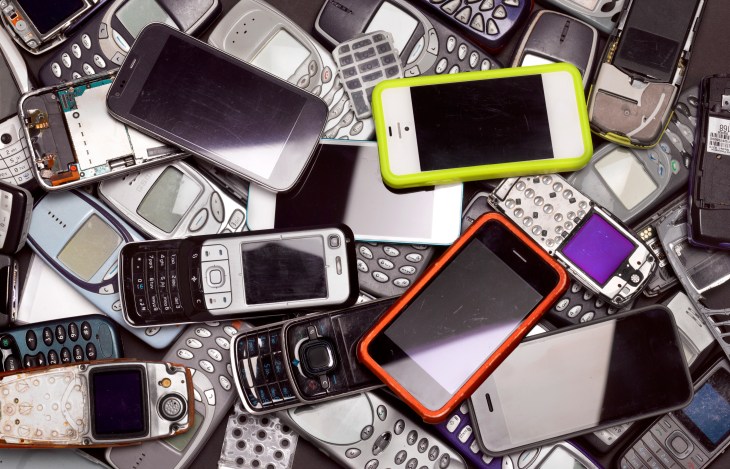 The European Commission has set out a plan to move towards a ‘right to repair’ for electronics devices, such as mobile phones, tablets and laptops.

The proposals are part of a circular economy action plan that’s intended to deliver on a Commission pledge to transition the bloc to carbon neutrality by 2050.

By extending the lifespan of products, via measures which target design and production to encourage repair, reuse and recycling, the policy push aims to reduce resource use and shrink the environmental impact of buying and selling stuff.

The Commission also wants to arm EU consumers with reliable information about reparability and durability — to empower them to make greener product choices.

“Today, our economy is still mostly linear, with only 12% of secondary materials and resources being brought back into the economy,” said EVP Frans Timmermans in a statement. “Many products break down too easily, cannot be reused, repaired or recycled, or are made for single use only. There is a huge potential to be exploited both for businesses and consumers. With today’s plan we launch action to transform the way products are made and empower consumers to make sustainable choices for their own benefit and that of the environment.”

The Commission said electronics and ICT will be a priority area for implementing a right to repair, via planned expansion of the Ecodesign Directive — which currently sets energy efficiency standards for devices such as washing machines.

Its action plan proposes setting up a ‘Circular Electronics Initiative’ to promote longer product lifetimes through reusability and reparability as well as “upgradeability” of components and software to avoid premature obsolescence.

The Commission is also planning new regulatory measures on chargers for mobile phones and similar devices. While an EU-wide take back scheme to return or sell back old mobile phones, tablets and chargers is being considered.

Back in January the EU Parliament voted overwhelmingly for tougher action to reduce e-waste, calling for the Commission to come up with beefed up rules by this summer.

In recent years MEPs have also pushed for the Ecodesign Direction to be expanded to include repairability.

The Commission proposals also include a new regulatory framework for batteries and vehicles — including measures to improve the collection and recycling rates of batteries and ensure the recovery of valuable materials. Plus there’s a proposal to revise the rules on end-of-life vehicles to improve recycling efficiency and waste oil treatment.

It’s also planning measures to set targets to shrink the amount of packaging being produced, with the aim of making all packaging reusable or recyclable in an economically viable way by 2030.

Mandatory requirements on recycled content for plastics used in areas such as packaging, construction materials and vehicles is another proposal.

Other priority areas for promoting circularity and reducing high consumption rates include construction, textiles and food.

The Commission expects the circular economy to have net positive benefits in terms of GDP growth and jobs’ creation across the bloc — suggesting measures to boost sustainability will increase the EU’s GDP by an additional 0.5% by 2030 and create around 700,000 new jobs.

The backing of MEPs in the European Parliament and EU Member States will be necessary if the Commission proposals are to make it into pan-EU law.

Should they do so, Dutch social enterprise Fairphone shows a glimpse of what’s coming down the repairable pipe in future…

I am really surprised by how expensive the digital economy is to cyber surf within, to say that you can sometimes earn money and see it disappear into thin air!!